Home » Features » Wind Energy in Ireland: An Effort To Establish the True Cost
Posted on February 18, 2014 by johnreynolds · Leave a comment 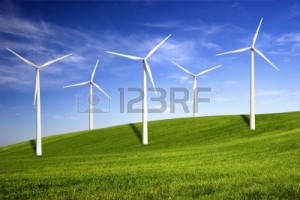 The Irish Academy of Engineers, which claims no commercial or political affiliation, claims that the planned development of wind farms across the country to more than three times its current level of 1,500MW could cost more than €10 billion, with households and businesses being hit by higher bills.

The organisation says the country has enough wind and conventional power to meet its needs until 2020 so it may be wise to halt all planned development of wind farms for at least five years.

“What is clear is that spark spreads –the margins that represent transmission costs and profit –are higher than in the UK or Europe.

The amount available, which may be pure profit, is up to four or five times that found in those markets. On average we calculate it is €32 perMWh (megawatt hour) here, whereas in the UK it is about €11 per MWh,” he (Ger Fulham, Managing Director of Kore Energy) claims.

Also affecting billpayers is the issue of capacity payments, paid to all generators of electricity simply for being available to supply electricity to the power s notice.

Fine Gael plans to reduce these “within two years” as part of its energy policy, but this will come too late for billpayers who have already paid out €1.5 billion in these payments over the past three years, according to Commission for Energy Regulation (CER) figures.

“We calculate that the capacity payment being paid to generators is €17 per MWh, three times the level of what is paid in the UK market. Ultimately it appears to be profit, with no tangible benefits,” says Fulham.

Using market figures, a former industry source calculates that, because of this flaw in the market structure, the difference between the market price for electricity and the average price in 2008 was €870 million – all of which was unnecessarily passed on to billpaying businesses and households.

Between now and 2015, billpayers will also pay at least €1.4 billion in grid development and improvement costs that are necessary for the development of more wind farms, according to grid operator Eirgrid.

In addition, there is the €500 million cost to billpayers of the East-West interconnector, also needed to facilitate more wind energy, it (Eirgrid) says.

Another aspect of all this, perhaps indicating the true total cost of all of this wind energy, is that the ESB in 2008 announced plans to invest €11 billion in the grid and a further €11 billion in renewables and smart meters by 2020, although ESB sources say this strategy may be revised.

If this is the case then even allowing for what may have been spent to date, more than the €10 billion IAE figure may not have yet been spent. Yet there remains no indication of what this would mean for billpayers.

My addendum: Add up some of the numbers highlighted and you begin to get an idea.

The SEAI’s report (http://www.seai.ie/News_Events/Press_Releases/2014/Renewable-energy-has-saved-Ireland-over-%E2%82%AC1-billion-in-fossil-fuel-imports-in-past-five-years.html) is not an accurate reflection of the truth.

This site uses Akismet to reduce spam. Learn how your comment data is processed.